By in England on .

Boroughs make up the inner city and Greater London where there are many state and independent schools.  Education Jobs and school teaching in London are from early years 3-5 or KS1-5  to 18 years. Schools are big and small in the 32 boroughs and City of London including: Havering, Westminster, Hackney, Kensington & Chelsea, Islington, Brent, Camden, Corydon, Redbridge, Richmond, Enfield.

One of the globally recognised cities with millions of permanent and temporary residents. Many people also travel into London each day to work or for other reasons.

A London teacher allowance is paid according to the outer or inner London borough school location.  Underground tube and day & night buses you can get to school with by purchasing an Oyster Card to save on travel cost.

There is a wide choice of large and small schools in the state and independent sector. Teach at an inner city school in Walthamstow, suburb area such as Chingford or Romford.  Teachers are also attracted to London top class independent day or boarding schools in Westminster, Harrow and in the North London Area.

In mostly any school in London you would be teaching children from different ethnic backgrounds, especially in state secondary & primary schools.

Any house or flat in or near London to rent or buy is expense.  On a teachers salary an option is to live in the suburbs or outside of London and travel to work. Zones 3.4,5 on the tube or train and outlying areas such as Loughton, Barking or Brent are more affordable living areas for teachers. 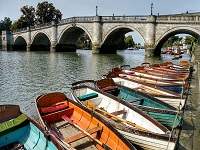 You’ll be spoilt for choice with the large number of seasonal and weekly events organised in the capital. Families and individuals can join social, leisure or sporting clubs that have set up in and around London.  Some are free to join and others require a membership fee that is paid weekly or by the year. Some galleries, museums and other attractions offer free admission to visitors.

West End theatres are popular with locals and tourists where they show popular plays.  There is also a good open air theatre in Regents Park that puts on plays in the summer months.

Festivals, concerts and bands play all year round with many of the well known singers and performers participating in shows in London.

Nursery, primary and secondary school education & teaching in London vacancies are advertised for teachers all year round as there are never enough teachers choosing to teach in greater London.